Dogs’ loyalty goes to incredible lengths, even to the point of putting their lives on the line to protect their owners. It’s no surprise then that Rex, a German Shepherd, fought two burglars when their home was broken into one night. During the struggle, Rex got beaten up badly and took three bullets, just to keep his human safe. 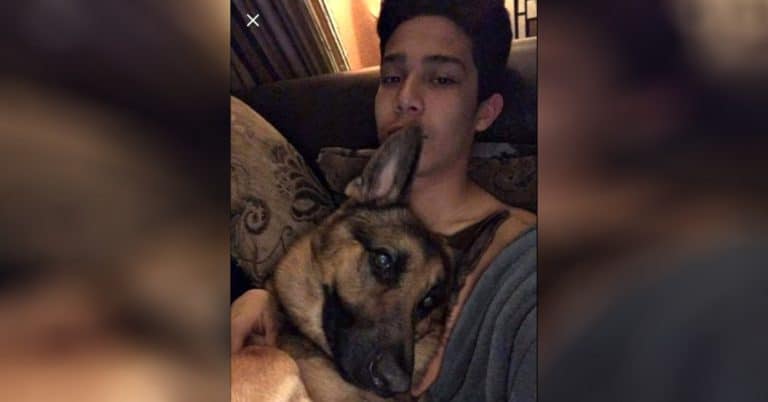 It would have been an otherwise quiet night at home. The dog, along with his teen owner, Javier Mercado, were at each other’s company. Suddenly, they heard a strange noise. Realizing that burglars have smashed the sliding door and entered their home, the teen went into hiding into a closet upstairs.

Rex faced the intruders head on. The bad men beat him up until he was weak and bloody. They continued ransacking the house, going from one room to the next. Rex went upstairs to where Javier was hiding. When the dog heard the men coming in, he quickly jumped on them, using all of his remaining strength.

Taking the bullets for his human

The teen had been on the phone with the 911 all along. The burglars took out their guns and shot at Rex. The poor dog sustained gunshots on his neck, knee, and leg. 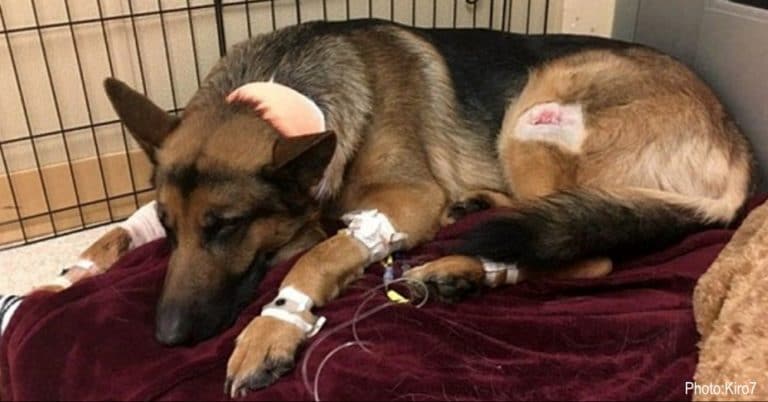 The burglars immediately escaped when they heard the sound of the siren. Looking at Rex’s condition, everyone thought that the dog was dead. Rex was in bad shape, but he was fighting for his life. They immediately brought the dog to an animal hospital to get him treated right away.

Rex was such an incredible fighter that he was already stable on the first night at the hospital. Soon enough, Rex was recovering nicely and ready to go home. His human family, most especially Javier, couldn’t be more thankful for Rex’s courage and bravery. The teen might not have been so lucky if it was not for Rex’s fierce love and loyalty.

Watch Rex’s story of bravery on the video below.

Even after the burglars beat him bloody, Rex didn’t give up. He stood in between them and the teenager hiding in the closet – and took three gunshots. >> kiro.tv/RexHeroDog"My nephew was protected by his eternal friend.”

Thanks to Kiro 7 News and Susy Cadena.

When someone looks for a dog to take care of, …

The organization got a call on their hotline about a …

Victoria loves to write about inspiration stories and helpful information about dogs and puppies. She loves also interacting with the team at Ultimate Dog to interact with our supporters who make this content all worthwhile.

Our website is made possible by displaying online advertisements to our visitors. Please consider supporting us by disabling your ad blocker.